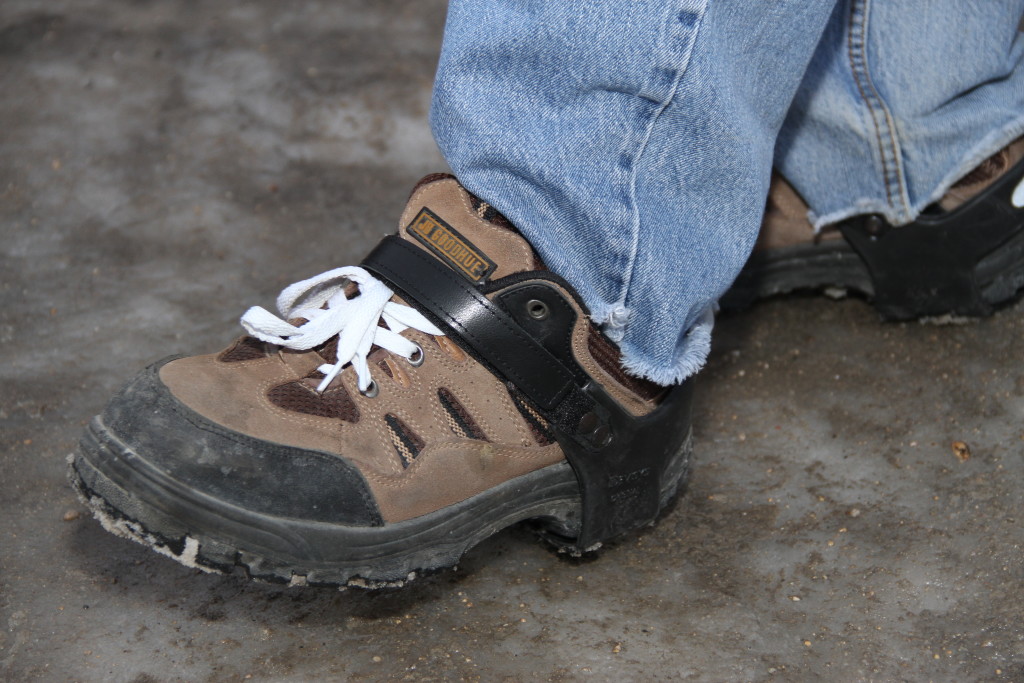 Slips, trips and falls accounted for 24% of Bison workplace injuries in 2014 and they continue to be the leading cause of workplace injury year over year. To tackle this issue, Bison recently conducted a trial of the Devisys Traction Cleats, which are designed to prevent accidents on slippery surfaces. I spoke with several Bison Transport Drivers who tested these traction cleats and who also recently dealt with a workplace injury because of a fall or slip. The most common question Drivers had about the cleats was whether or not they were going to be easy to wear while driving. “They were very comfortable and easy to put on,” said one Driver. “I would put them on before I left the house and wear them all day.” He also mentioned "they were unnoticeable while driving and didn’t cause any problems". In terms of how the cleats actually worked, everyone agreed they did their job very well and significantly improved traction on slippery surfaces.

Another Driver said he had been using the cleats at all times when it was slippery out and they worked “fantastic,” adding they were especially good on ice and hard packed snow. He said he would definitely purchase a pair and continue to wear them after the trial period was over. “These become more useful the older you get,” he said. “Even the best safety boots are not good enough on some ice surfaces; these will prevent a fall without question.” While this Driver was in full agreement that the Devisys Traction Cleats were a good preventative measure to avoid slips and falls, he still feels the best preventative measure is being aware of your surroundings and not rushing a job. Over 10,000 Canadian workers are hurt in fall-related incidents each year. More than 69% of all workplace falls happen on level ground when workers slip or trip and lose their footing. Don’t become a workplace statistic for the wrong reasons. Get a grip!