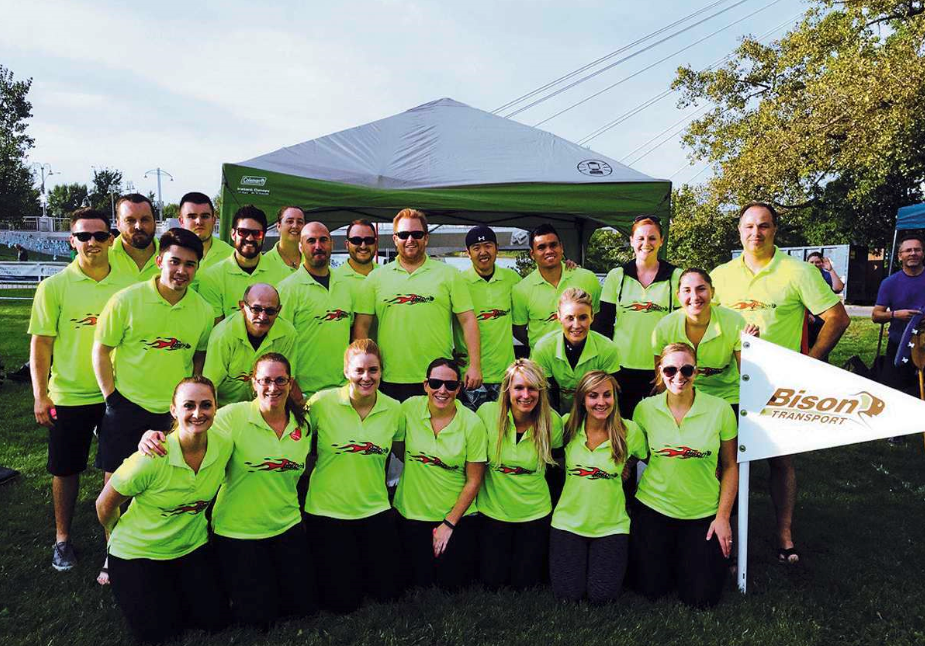 This three-day event takes place at The Forks each September in support of the most vulnerable Manitobans - kids with cancer.

This year paddlers will be challenged to the core as they paddle it out against rival teams on September 9, 10 and 11.

The survival rate for childhood cancer has improved significantly in the last 60 years, and today about 80 percent of children survive a cancer diagnosis. The results are positive, but childhood cancer is still the leading disease-related cause of death for Canadian children.

Diane Moar is heading into her fifth year leading the Blazin’ Bisons team from Bison Transport. When Moar originally got involved nearly a decade ago, the race had nothing to do with competitiveness and everything to do with the ceremony on Sunday.

"It made you realize what we were doing this all for," Moar said.

That sentiment hasn’t changed for Moar and her boat of 22. Sunday is still the most important part of the three-day festival, but she’s picked up a competitive edge along the way.

"Now that I run the team, I can’t help but want to go for gold," she said, admitting that she also makes sure the team is safe at all times. "It makes me excited and nervous at the same time. I’m very concerned with safety and the issues we could face. I’m on it all the time."

In the end, Moar and her team participate in the Dragon Boat Festival for those they love.

"Bison’s family has definitely been hit by cancer," she said. "We’ve lost a couple of people to various cancers, we have those here who have survived cancer and we all obviously have friends and family who have been touched by it as well.

"It makes me feel really good that the money stays in Manitoba, that’s where our friends and family are."

Cheer on the Blazing Bison during their first race on Friday, Sept. 9 at 6:00pm!

'Cause we got a mighty convoy