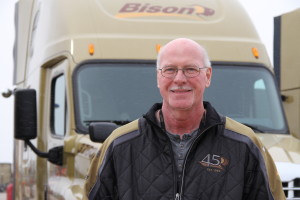 Bison Transport is excited to announce that Roger Maltman of Winnipeg has become its first driver to complete three million consecutive accident-free miles.

Roger has been a company driver at Bison since September 1994 and has explored many different lanes throughout his 21-year career with us. He reached the milestone on his way to Calgary on Tuesday.

“Ultimately it’s me behind the wheel, but there are a large group of people doing their jobs with expertise, which enables me to do mine at a high performance level,” Roger said. “We have the best equipment there is and a great operations staff.” 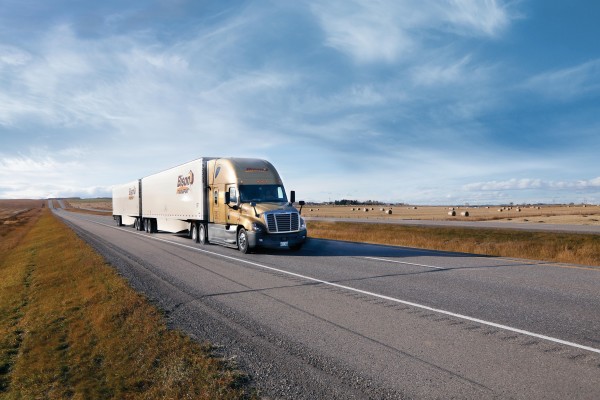 “Roger has been a model of consistency in our organization and achieved this milestone through his incredible dedication to safety,” said Garth Pitzel, Director of Safety and Driver Development. “He has represented Bison and the transportation industry with the utmost professionalism throughout his illustrious career.”

As for advice for less experienced drivers hoping to one day reach similar milestones, Roger stresses the importance of staying focused on the moment and being aware of your surroundings.

“You always have to concentrate on the next mile,” Roger said. “You have to know your equipment, always be paying attention to traffic and using clues to anticipate what might happen next on the road.”

As North America’s Safest Fleet for 10 consecutive years, Bison values Drivers like Roger for their industry leading commitment to safety and service.

“High achievements like this one do not happen by mistake, it takes desire, teamwork, and discipline,” said Jimmy MacNeill, Manager of Dispatch. “Roger has set a new bar, becoming the first ever Bison member to knock down this wall."

Here are some statistics to put Roger’s three million mile accomplishment in perspective: