Soldier for a Day (Part III): 'What started as war game type excitement quickly turned into a humbling, eye-opening experience'

Follow the links to read PART I and PART II of the series.

In the third instalment of Bison’s three-part “Soldier for a Day” series, Blair Scott, the Terminal Manager for Edmonton and Langley, profiles a few of the incredible men and women he met throughout his two-day glimpse into the life of a soldier.

I met many remarkable people during this experience. While each is worthy of a mention, I’ll close this series out by sharing a quick note on a couple of folks that represent the great men and women tasked with ensuring our peace and security: 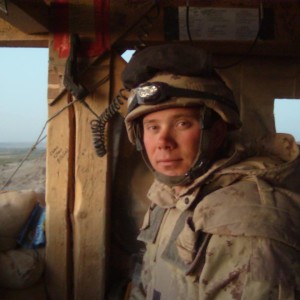 Warrant Officer Ben Holmes was my driver to Wainwright. He was in Edmonton the day prior and picked me up on his way back to the base. He is a transportation Warrant Officer tasked with mobilizing the supply chain as they advance and change positions. Two tours to Bosnia and one to Afghanistan give him street cred around the base. He is responsible for 30 personnel and similar equipment counts. He has three children under 18 and is eligible for retirement in two years. Soft spoken, humble and very well respected by his peers, you can understand why he is one of the youngest Warrant Officers in the regiment. 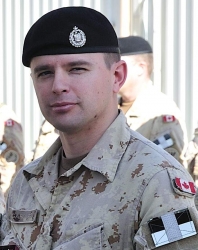 layton Gardner is second in command of the regiment and also the voice of reason around the deployment. He ensures things get handled before they reach the Commanding Officer (CO). You can imagine he was on high alert when a bus full of civilians arrived to shoot guns, drive tanks and run amok. I can say he did a very good job maintaining the integrity of the camp while ensuring we all got a real good taste of army life. Clayton is from small-town Saskatchewan with a Business degree. He was deployed to Bosnia in 2003 as a member of the PPCLI Battle Group and twice to Afghanistan in 2008 and 2011, all at senior levels. Clayton is married with three children and enjoys the outdoors (go figure).

Private Nile, not to be mistaken with Private Pile from Full Metal Jacket, represents the everyday soldier. Nile is a rookie in the regiment; he actually drove the van that Ben picked me up in. Just turned 21 and recently stationed in Edmonton from his home in Oakville, Ontario, he would really only speak when spoken to. He joined the Army after spending a year trying to figure out what to do after graduation. I asked about the recruiting process. He said you get what they promise for the most part, however they tell you about all of the good parts and leave out some of the bad. Sounds like sales to me! I asked how he got to be a part of this trip to Wainwright and his answer was typical of a young man: “they were looking for volunteers to drive, and I have never been around the tanks firing so I thought it would be cool. Also they said I could have Monday off.” He has roughly 18 months left in his three year commitment and is unsure if he will stay on or not following that. Nile is happy to be part of the armored division and even more so to be part of the Starthconas. He said that the extra stuff they do for families, veterans and the community sets them apart. He also mentioned that it's a lot easier going into battle after the tanks have rolled through. In his spare time, Nile likes to work out at the base gym and also tour around Alberta, taking in the sites. His 10-year-old Honda Civic makes travelling easy on the pocket book.

I am truly fortunate to have had this opportunity. What started as war game type excitement quickly turned into a humbling, eye-opening experience. It was also incredibly fun!

Click here to read Part II of the series.