From The Highway To The Dragstrip

It all started in 1971 when my older brother took me to my first drag race, I was 11 years old at the time. It was on an abandoned airstrip (formerly Macdonald Airport) near Portage la Prairie, MB. A specific car caught my attention, a 1969 Dodge Dart Swinger 340 4 speed, being capably driven by my 17 year old sister, Laura. These were loosely organized race meets, with a flagman on the starting line instead of computerized lights and it was definitely a "run what ya brung" situation. The good thing was that it got these cars off the streets and into a safer racing environment.

Fast forward to 1984 and I began racing a 1969 Camaro at the dragstrip in Gimli, MB. It was a mild small-block car run on a shoestring budget, but I recall winning the third race I attended and raced that car with some success for the next 3 years. My "crew chief" was a teenage foster kid named Ken, who lived across the road from our farm in Newton, MB. I would take him along to help me at the races.

I sold that car and began my trucking career with Bison a short time later. 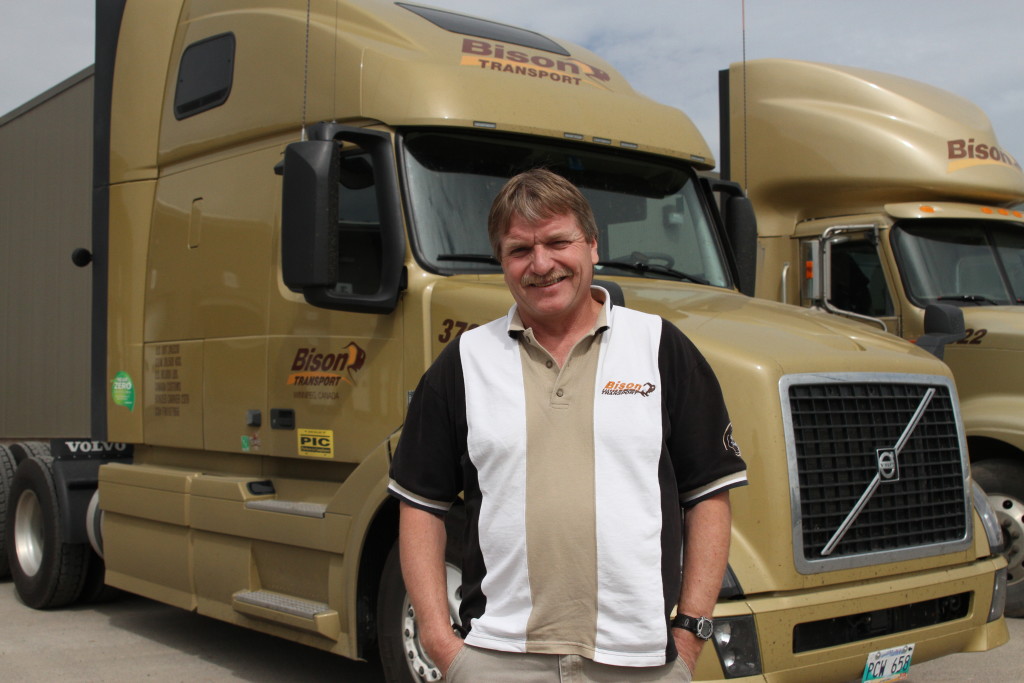 Drag racers will tell you that retiring from racing is near impossible. In 1999, I started building a 1955 Chevy gasser-style race car with big-block power, a roll cage, 5-point seat belts, and other safety equipment required. I began racing the '55 Chevy in 2005 at Thunder Mountain Raceway in Kelowna, BC, Eagle Motorplex in Ashcroft, BC, Race City in Calgary, AB and Mission Raceway Park in Mission, BC. At the Old Time Drags in Mission, BC with well over 200 cars in attendance, the Langley Loafers Car Club (sponsors of this race) awarded my car "The Best Bitchin' Race Car" trophy as their favourite car in the competition... I just about fell over!

In early 2013 I was in our CEO’s office and mentioned I was going on a road-trip to California as a way to mark my 25 years with Bison, he casually asked if I was taking my race car along... hmmm. The decision was made and a crew including Glen Bazylo, Dirk Reid, Lloyd Braun (Bison Driver) and myself made the 1500 mile haul to Bakersfield, California to attend the March Meet at the legendary Famoso Drag Strip. It was the 55th year of the most prestigious Nostalgia Drag Race on the planet! (Yes you do get goose bumps when you pull up to the starting line here). We were joined by my sister Laura (she now lives in San Francisco) and nephew Brad. So the person I caught the bug from was watching me race some 42 years later! We all had a great time (despite an early exit from competition) and it was a great way to use the travel voucher I got for working at Bison for 25 years! 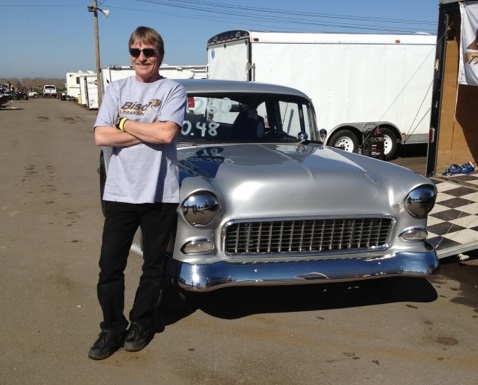 After returning home, I installed a 6-71 supercharger on my trusty 454 and headed for Mission, BC in July, 2013. This of course took the car to the next level and I was required to have the chassis certified. I had to do several test runs under the watchful eye of the Race Director in order to obtain my NHRA (National Hot Rod Association) Competition License. Two fully licensed drivers must also witness the runs and sign your license. It was during this rather intense session that I noticed one of the camera people at the starting line looked familiar...

30 minutes later this guy walks into my pit area and after losing touch for over 30 years, here is the "foster kid", Ken! Unbelievable! He's now a 44 year old man and shoots photos and video at the track. He put cameras all over my car and made a montage of my 2015 Nostalgia Gas Race victory. You can watch the YouTube video here!

I now have to be on my 'A' game when I race at Mission!

For the past 10 years I have been travelling to Mission, BC to compete at the Old Time Drags, and after 3 consecutive final round appearances in Nostalgia Gas we finally got it done! This race was a huge accomplishment for us! It was great to have my original crew chief Ken there helping prepare the car and of course shooting some great video action!

So what's next for Randy Kuryk racing? The plans call for a bigger engine, more power and more speed! If you need to find me I'm likely in my race car or the cab of a Bison truck. It's interesting to note that safety is top of mind travelling to a race, competing and then getting home safely. It reminds me of what we all need to do every day, pay attention and get to the office, an appointment or to a customers. Then turn around and get back home again, safely every time. 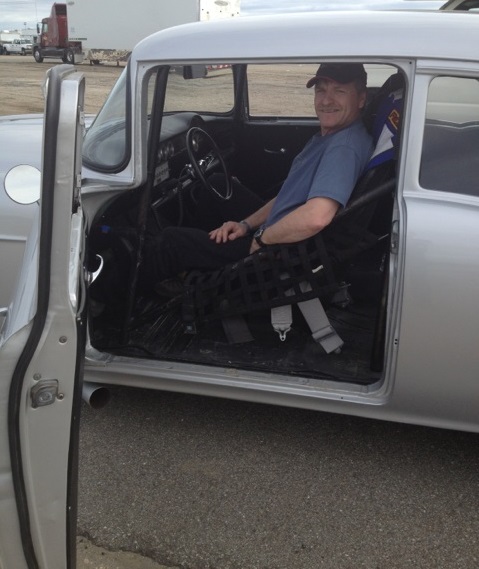 A Day In The Life Of A Fleet Manager

Travel With Your Pet At Bison!