CASE STUDY: The Anatomy of a Corporate Fundraising Campaign 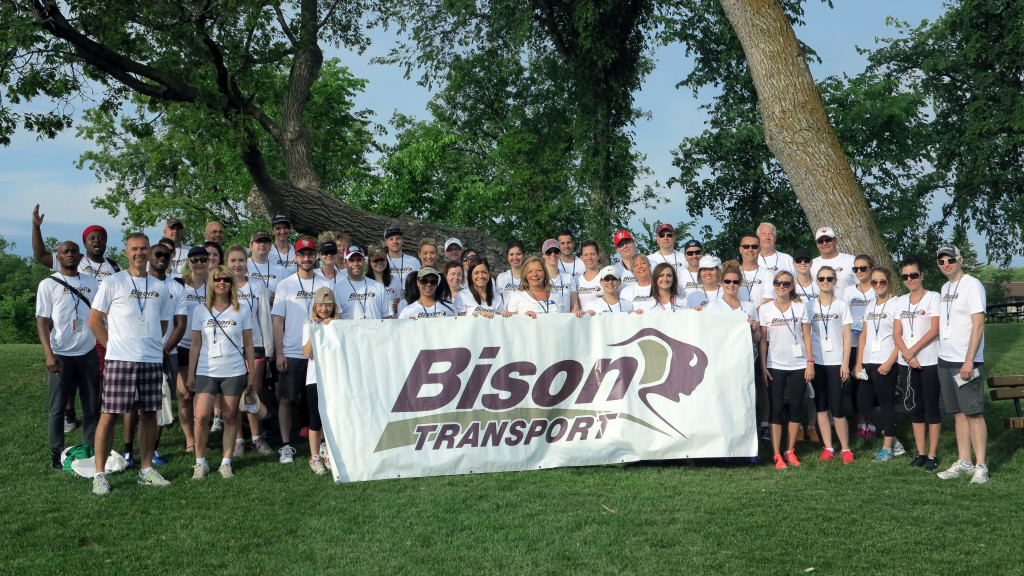 Bison Transport raised $100,153 for CancerCare Manitoba Foundation’s 2015 Challenge for Life (CFL). This is the third time Bison has earned the top spot in the Corporate Teams category. Over the past 6 years we have raised over $519,790 for Challenge For Life! Bison is truly a caring organization and we are proud of our people.

The purpose of sharing this case study is to help other corporations in their own fundraising efforts.

“Bison Cares…because we are people driven” isn’t just our mantra, it is a philosophy that permeates every aspect of Bison. It affects how we treat our people, our customers, our suppliers and our community.

In 2014, we created a program called Bison Cares and its main objective was to streamline our major fundraising initiatives. Bison Cares runs in the spring and fall and these two campaigns have proven to be very successful. Although there are many charities to support, our Bison Cares program focuses on causes that are near and dear to the people at Bison. Cancer affects many Canadians, which is why Bison chose Challenge for Life as one of the seven charities for our Bison Cares spring campaign.

Going into 2015, we had built a lot of recognition and excitement around the CFL campaign.

We had an emotional finish to our CFL campaign. Darren Cosentino, Director of Business Development, has been battling cancer for the past four years. He has been instrumental in Bison’s growth since 2000. Darren jumped into action and raised $9,371 in the 17 hours leading up to the walk!

I have learned over the years that people love to be part of something special. They love to be inspired and make a difference in their community. Rather than just writing a cheque, this event brings people together. Challenge for Life is an apt name as walking 20 km and raising $1000 is definitely a challenge. CFL’s slogan “Raising serious money for a serious cause" struck a chord with Bison for many reasons. I encourage you to find a way for your organization to make a connection with a specific initiative. Take steps to engage your team, support their efforts and let them run with their ideas.

9 Essentials Of Sharing The Road Safely With Trucks