Congratulations to our Drivers and staff who have retired this year. Your hard work and dedication will all be missed. Everyone at Bison wishes you all the best on your well-deserved retirement. May the next phase of your life bring you all that you seek and more. Happy retirement! 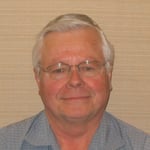 Gard joined Bison in May 2008 after already having 4 years of professional driving experience under his belt. Gard's pleasant nature and vivid stories of the road made him an absolute pleasure to dispatch. He was always willing to help us out where possible and conducted himself with the utmost professionalism. Gard took tremendous pride in his work and made it a point to be as thorough as he could whether he was at a customer, on the road, or in our yard. Gard's contribution to our operation will surely be missed and we wish him all the best in his retirement. Thank you for all of your hard work Gard! 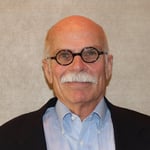 Ross Cook joined Bison over 4 years ago. His passion for our business has been contagious and his love for transportation shows up everywhere, including his well thought out posts on social media. His impact on our people will live on for years to come as he has invested selflessly in their careers. There would be countless stories and testimonials of how Ross coached, mentored, sharpened their skills and taught them things they just hadn’t thought of or tried before. One instance where Ross showed one of our AM’s how to get into the back door of a cold call to gather information that would eventually get them in the front door! Also, if you ever travelled on a sales trip with Ross there was no time to relax. They were well scheduled, dawn until dusk events that maximized the opportunity every time. Work ethic meant something to Ross that had him up very early starting his transportation focused day.

We are honoured to have had Ross choose to finish his career at Bison Transport! Ross is well known around the North American transportation sector and did much to increase our exposure and brand in the USA! We wish he and Joyce a long and happy retirement with much health and happiness!

Many Congrats Ross!  Your legacy will live on at Bison! 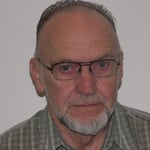 David joined Bison in 2012 as an Owner-Operator with over 10 years driving experience. David quickly became someone you could rely on and was always willing to help. David was an early riser and was always helping us move those early morning loads that were tricky to cover. We will miss his pleasant nature and wish him all the best in his next chapter of retirement! 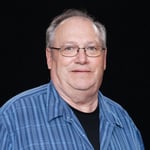 Bobby joined Bison back in 2003, after having 33 years of experience in the industry as a professional Driver. Bobby always kept safety and level of service as his number one priority and made it a point to deliver loads on time and safety. Bobby would always be willing to lend a helping hand and never questioned the person in need. Just knowing there was someone that needed his help was enough for him. Bobby continued to drive with Bison and was just shy of hitting 17 years with the company. Bobby’s biggest milestone achievement was reaching 1.5 million safe consecutive miles back in 2018. We wish Bobby the best and a happy, healthy retirement. 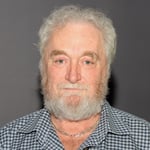 Ross Johnson joined Bison two years ago after already having a 17 year career as a professional driver. Ross took his role as an expedited Driver very seriously and wanted to make sure he did the best job he could in the safest manner possible – The result of this, May 2020 Eastern Region Driver of the Month! As Ross was a night Driver we would rarely hear from him, but when we did, he was always pleasant and willing to help us out where required. Although Ross had a shorter career at Bison, it’s safe to say that Ross’ extensive driving history something to celebrate. As Ross enters retirement, we wish him well and hope he enjoys the retired life - Thank you for your service Ross! 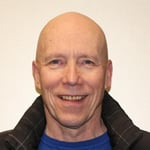 Al Raarikainen worked in chemical factory when he was young, however, since he was a kid, he had always had an interest in trucks and took commercial driving as his long-term carrier. His first driving job was in Finland in 1978. Al also drove in Florida for 10 years before he moved to Canada. Al has been driving with Bison since December 2013 and in his words, “A very good company to reach retirement with.”

Al officially retired on July 16. Now, he likes to follow the news around the world, especially aviation news. Al enjoys bike riding and rollerblading. He looks forward to travel to Florida and Finland with his wife once the pandemic is over.

Al’s 42 years of safe driving and his professional attitude has always been a delight and an asset to Bison. He has served Bison with best of his ability and has been always found in the office with a smile on his face, no matter what the situation may be.

Cheers to the happy and healthy retirement! We wish you all the best! 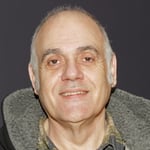 John started with Bison in 1989, through his 30 years at Bison he has held many positions. John spent the majority of the later half of his driving career as a turnpike Driver based out of Winnipeg running a Grenfell switch. John was known for his visits into the office at the end of his day, always making sure he made the time to say hi and never miss an opportunity to razz dispatch. The experience and knowledge base that John brought to our business will certainly be missed. Best of luck in this next chapter John! 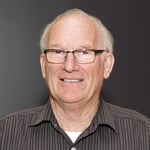 Lawrence joined our Herd in June 1986. Initially as a highway Driver before moving into a Manitoba Regional position. Lawrence‘s commitment to our customers was evident through the many relationships he built over the years ensuring we were successful on some of our most important lanes. Lawrence’s always returned from his yearly snowbird trip in the spring full of energy and ready to make a difference to all around him. His sense of humor and energy will be missed, and we wish him well in his retirement. 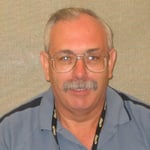 Lavern joined Bison back in 2007 where he started out as a Company Driver running turnpikes to Maple Creek. During his 13 years running this lane, he spent some time being an LCV mentor to other Drivers who were new to the fleet and was seen by others as a go to for information. He always made sure that safety was at the top of his list of priorities and his safe driving history is proof of how important that was to him. Lavern was a support to his fleet team in many ways but the one that comes to mind first is that he always made sure bring forward issues that had been shared with him by others so that we could make the overall driver experience better.  We will miss working with Lavern however are so happy for him as he moves on to his next adventure. Thank you, Lavern, for your years of service. 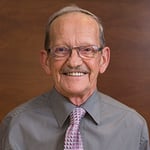 Dale joined Bison Transport in July of 2003 as an Owner-Operator based out of the west coast. He became a Company Driver in 2014. Dale has been a long haul Driver, regional Driver and has done customer service work for Bison. Words that kept coming up to describe Dale were trusted and reliable. There was never a worry that the job was not going to get done after dispatching Dale on a trip. He was easy to get along with, soft spoken and not visible in the terminal as he was out  delivering the goods. He now resides outside of Kamloops, BC, a beautiful place to enjoy his retirement. Thank you Dale for the 16 years of service. 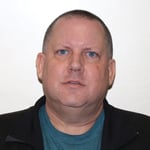 Brent started with Bison in September of 2015 with over 35 years of trucking experience. Previously, he had been working as an engineer in industrial digitalization. It didn’t take long for Brent’s years of experience to show as he was nominated back to back as Driver of the Month for March and winner of April 2016. Brent enjoyed travelling in the truck with his wife, Silvia. When the opportunity to own property in Mexico presented itself, they couldn’t pass it up. Brent’s hard work and dedication to Bison will be missed. We wish him all
the best on this new journey. Olé!

Richard joined Bison in May of 1997 as a Canada & U.S. long haul Driver and had a number of great feats during his 23 year Bison driving career. In October of 2002, Richard saved a man’s life who had been involved in a motorcycle accident in the middle of the night. Due to Richard’s quick action, this man was able to live to see another day. Fast forward to November of 2005, Richard won the Eastern Driver of the Month and was nominated again in July of 2018. Richard has been behind the wheel of a truck for 30 years, 23 of which he spent at Bison and he will surely be missed. Richard we wish you well in your retirement! All the best!