Bison Transport is North America's Safest Fleet, but do you know the many faces of our safety team? Here we will feature our members of the safety department while learning about what they do for the department and maybe learn a little about them on a personal level too! You're Safe with Me! 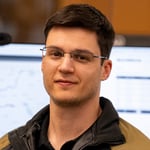 Renan Baradel De Sa, based out of the Winnipeg terminal, began at Bison in February 2019 in the e-logs team, transitioning in February 2021 to a Junior Safety Counselor and recently to a Safety Counselor in March 2022. Prior to that, Renan worked in shipping/transportation industry from 2017-2019. Prior to moving to Canada, Renan worked in the residential construction management industry for about 8 years. Renan can be contacted Sunday to Thursday between 07:30 -16:00 directly at 1 (204) 833-0725 ext. 4725 or rdesa@bisontransport.com. 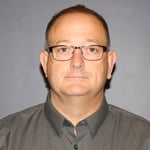 Duayne Kelly, based out of the Calgary terminal, has been with Bison Transport since 1999 and in the transportation industry on and off since 1981. Duayne had a brief stint in construction and warehousing before working for a furniture company for 18 years which entailed deliveries in Alberta, as well as warehouse/fleet manager. He was an In-cab Instructor trainer for 2 years and joined Safety and Compliance in May 2019.  Duayne can be contacted Wednesday to Saturday 07:00-17:00 at 1 (403) 444-0894 or 1 (800) 801-8898 (option 2 then option 5) or at dkelly@bisontransport.com. 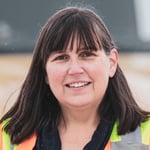 Haven Ireland, a recent addition to the safety team based out of the Mississauga terminal, has been with Bison Transport since August of 2020. Prior to becoming a Driver Finishing Program Driver in 2020, Haven worked in automotive and heavy equipment financing, and has been involved in the automotive industry since 1988. Haven can be reached at (905) 364-4939 ext. 5510 between 08:00 to 16:30 Monday to Friday or hireland@bisontransport.com. 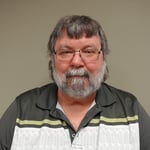 Bruce Greenwood, based out of the Langley terminal, has been in and out of the transportation industry as a driver since he got out of the military in 1980, where he drove tanks. In the early 80’s, Bruce went back to school and got his GED and an Associate Degree in Business Management. In 2011, he left driving and went to work for Coastal Pacific Express (CPX). Bruce started work checking trailers and working his way up to eventually doing Safety and Compliance and Health and Safety. Bruce started at Bison Transport in July 2021. Bruce can be reached at 1 (778) 777-7559 ext. 2637 between 08:00 to 16:30 Tuesday to Sunday or bgrenwood@bisontransport.com. 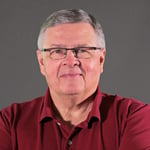 Bob Raffey, based out of the Winnipeg terminal, has been with Bison Transport since 2007. Prior to Bison, he had several years of experience in the manufacturing and printing business. He started at Bison as a Warehouse Supervisor and moved to Operations in 2009, first as a Dispatcher then a Fleet Manager. He moved into his current role as a Safety Counselor in 2013. Bob is a lifetime Winnipegger and a long-time fan of the Jets and the Blue Bombers. Bob can be reached at 1 (204) 833-0248 between 08:30 – 17:30, Monday to Friday. He can also be contacted at braffey@bisontransport.com. 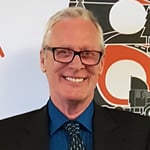 David Cousins, based out of the Calgary terminal, began his trucking career in 1977 operating in the prairie provinces with some trips between Manitoba and Southern Ontario. In 1981, he began to run into the U.S. and for several years he was an Owner-Operator with his own tractor and trailer. In 1999, he started with Bison Transport as a Company Driver, accumulating over 1,000,000 safe driving miles. In 2008, David became an In-cab Instructor and after 2 years took the opportunity to become a classroom instructor in Winnipeg. In 2011, David moved to Calgary as a classroom instructor and progressed into his present roll as a Safety Counselor. David can be contacted Sunday to Wednesday 0700 - 1700 at 1 (403) 444-0522 ext. 3522 or dcousins@bisontransport.com. 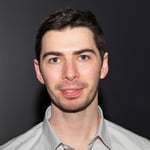 Sean O’Callaghan, based out of the Mississauga terminal has been working in transportation since 2007, starting his career in operations before moving into project management and then into risk management including health and safety. Sean joined Bison in 2018 as a Safety Counselor. 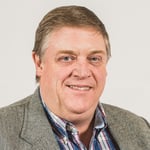 With 8 years of experience driving professionally, several years in logistics operations, and several years managing a safety training facility, Eric Roeder began as a classroom Instructor for Bison in Driver Development in November 2004.

Eric keeps busy developing and updating online and classroom training courses as well as updating documents, memos, satellite messages and the Driver Reference Guide. He also must keep up with changes in regulations, such as Hours of Service, chaining laws, axle weights, LCV’s, ELD’s, etc.

Eric feels the most important aspect of his job is providing clear and understandable safety training messages, including procedures and the importance of following them at all times, to the Driver workforce.

One piece of safety advice Eric would like to give Drivers: “Patience. Take your time, never be rushed, and don’t worry too much about how other people drive or feel about your driving. You can only control yourself.”

Eric enjoys cars, motorbikes and, this summer, renovating his riverside home and yard. Before the Covid-19 restrictions, always looked forward to travelling. Eric says he looks forward to “getting home each day to go for a swim in our pool.”

If he could travel, Eric would love to go back to Europe, especially southern Germany, northern Italy and Austria, anywhere near the Alps, but a dream come true would be to tour around Asia, as he has never been in that part of the world.

Thank you for letting us get to know you, Eric. 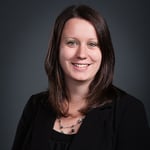 Stephanie Fensom started with Bison in June 2003, as an Operations Trainee. She spent seven years in Operations, then moved into Driver Services/Recruitment for five years before landing in Safety. Her role consists of keeping Garth Pitzel inline!

Stephanie feels the most important aspect of her job is working with the team to help them understand that safety is at the root of all they do, while supporting them with tools and training.

One piece of safety advice Stephanie would like to give Drivers: “Making it home safely is the most important thing, keep that front of mind in all you do.”

Away from work, Stephanie enjoys spending time with family and reading a good book. If she could travel, she would choose to go anywhere with her family, but preferably someplace quiet and by the water.

Stephanie says she looks forward to “drop-ins by our professional Drivers to tell me a joke or story from the road. I can always count on Henry Janzen to take the time to share a laugh.”

Fun fact about Stephanie – “I may not know how to bait my hook, but I normally always catch the most fish!”

Thank you for letting us get to know you, Stephanie. 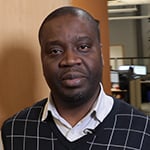 Tope Ijilusi started with Bison in August, 2014 as Bison’s Document Control Coordinator. His role consists of maintaining and updating various departmental documents in Document Control. This includes tracking and communicating all revisions. Tope assists in the development of department policies, procedures, memos and sending satellite messages to Drivers. He feels the most important aspect of the job is ensuring that stakeholders are using the most current documents.

One piece of safety advice Tope would like to give Drivers is: “Driving can be mentally and physically demanding. A tired Driver will not be as reactive on the road as a well-rested one and can be the difference between avoiding an accident and becoming the cause of one. They should be aware that lack of sleep can be a cause of distraction and poor focus on the road. If  they are feeling tired, they should use their Right to Decide and pull over in a safe location to take a quick nap. They should not try to fight exhaustion.”

Away from work, Tope enjoys spending time with his family, playing and watching  soccer (Premier League). One day, he would also like to travel to a Dominican Republic resort. Each day Tope looks forward to being of help to someone both at work and within his community.

Thank you for letting us get to know you, Tope.