Flashback to January 2020 when we initially launched our exciting We Are Drivers Campaign; featuring a few powerful female figures; Amber Balcaen – Nascar Driver, Christine de Bruin – Team Canada Bob Sled Pilot and our very own Carrin Cabral – Bison professional Driver. The purpose of this campaign was to shift how people viewed female Drivers in the industry and to attract more female Drivers to Bison. Since launching that campaign in early 2020, we have received almost 50 applications from female Drivers; and have hired 20 female Drivers, a significant increase from previous years.

With these results, how could we not introduce the sequel: We Are Drivers 2.0. This campaign features 4 of our very own Female In-cab Instructors; Ester Nemeth, Carrin Cabral, Shannon Holicza and Julie Jensen. It carries a powerful message that not only can females be successful Drivers … but they have a meaningful career path in the industry. It also showcases to new females joining the industry that at Bison we have a team of talented female In-cab instructors available to show them the ropes.

Check out some of the great videos here: https://info.bisontransport.com/wearedrivers2.0 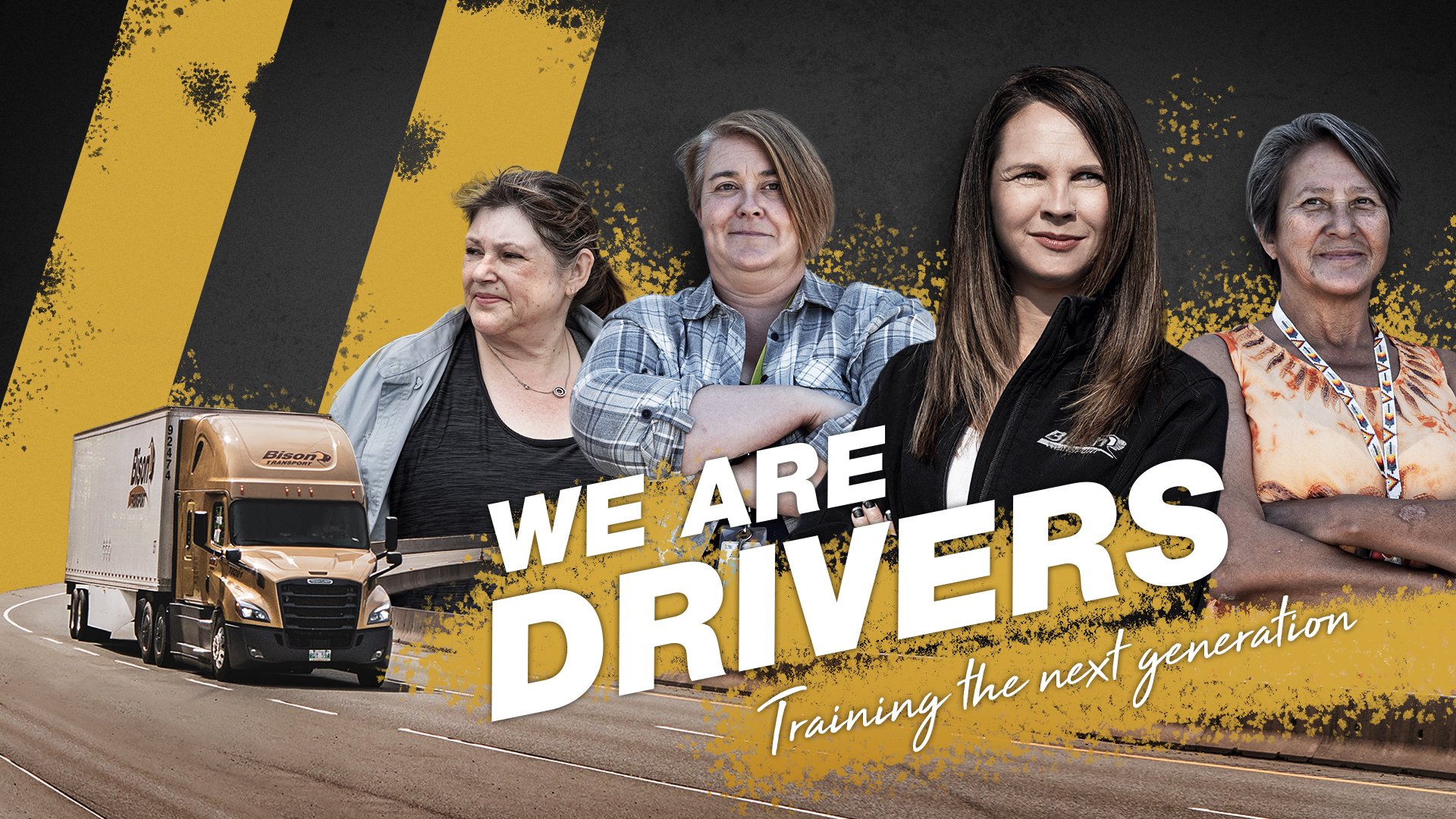